Next week, Ellen Giblin, CIPP/C, CIPP/G, CIPP/US, will start the job she’s been waiting for most of her adult life. When she talks about it, it’s obvious she’s smiling, even from the other end of the phone.

After initially starting a career as an attorney, Giblin took years off from the corporate world to raise her children. Because of her now-grown daughter’s struggle with severe asthma, she spent countless hours at Boston Children’s Hospital (BCH). During that time, she got a close-up view of the work being done at the hospital and the significance that had for kids like her own, and an idea was born. She’d like to help the hospital someday. 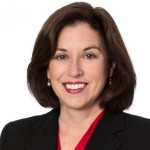 “It was my goal,” she said of working at the hospital. “It was that idea of, someday, I’ll get back to it.”

On July 27, she’ll start as the privacy lead at BCH.

But the fact that she’s landed a position there is in no way accidental. She’s been very strategic about each line she’s added to her resume. In some ways, she had to be. Having spent years raising her children, she didn’t start working in privacy until 2003, relatively late in her career.

“I knew I needed to learn as much as I could about the information-governance pie,” she said. “I needed to get some operational experience." So she got certified in privacy in 2005 via the IAPP and went to Iron Mountain Information Management first as a contractor and later as its senior privacy counsel and contracts manager. There, she was immersed in HIPAA and GLBA issues. And after a couple of years, when she felt she outgrew her position, she moved to Citizens Financial Group. The gig came around during the so-called Great Recession, but, for a privacy officer, it was kind of a good time to work her agenda, Giblin said. It was a period in time when, for better or worse, “people had a little bit more time to pay attention to privacy,” and she was able to shift the priority to building products and services with privacy at the heart of them.

“When they’re making lots of money, no one wants to take a minute for compliance,” Giblin laughs.

Part of what landed her the job at the bank, she said, was her experience in vendor-management programs—something she’d taken from her work at Iron Mountain. It was experience she could leverage.

“It’s really important to say, what skills do I have, what am I good at and how does that translate to what’s coming down the line?” she said. At the time, the new Massachusetts data security regulations were about to hit, which made experience in vendor management a major asset to any company under the law’s jurisdiction.

It was there she learned the kind of leadership skills she credits with landing her the job she’s always wanted. And it wasn’t because she suddenly had the experience and expertise to command respect. It was quite the opposite. She credits her then-boss, Mike Sullivan, former U.S. attorney and director of the Bureau of Alcohol, Tobacco and Firearms and Explosives, with teaching her how to lead.

“Solid leadership is where people have that understanding of true project management,” she said. "You’re a member of the team, and everyone is a superstar, so you don’t need to be a superstar,” she said. “People will naturally choose you to be a leader for what you excel in.”

Playing to her strengths has been key in Giblin’s career. She spoke up when she knew her stuff. But when she didn’t, she knew it was best to leave that to colleagues who were the subject matter experts.

“It’s saying, 'I’m a subject matter expert in this work, but that work over there is beyond me right now,'” she said. “I think that’s what gives good credibility to women in this field. Women say about themselves, ‘I stretched too thin. I took on too much.’ That’s valid. Don’t do it. Stay within your area of expertise until you learn enough about that area to be a leader. People will respect you more if you don’t overblow what you’re competent in.”

Looking at Giblin’s resume, it’s clear she’s been collecting subject matter expertise strategically and that she doesn’t sit still for long. That is, until now, perhaps, now that she’s landed where she’s always wanted to be. She says she doesn’t buy in to the dated idea that it reflects poorly on a candidate to make moves. This approach will help women to gain the confidence to move up to their next position.

“What you need is the vision and the desire to keep moving, making changes and taking a risk, and your next step will reveal itself to you,” she said. “Things will come back to you if they're meant to be. And they have.”

Despite economic downtown, privacy jobs seem to be (mostly) safe

Privacy and those who make a career from it were thriving prior to COVID-19. The job market and job security for highly trained professionals within the space were on the upswing as privacy made its ascension to being a mainstream topic. There were some initial thoughts and concerns that, like most...
END_OF_DOCUMENT_TOKEN_TO_BE_REPLACED queue Save This

With COVID-19, privacy is more central than ever before

Last year, with the shockwaves of the Cambridge Analytica scandal still echoing, the U.S. Federal Trade Commission fining Facebook $5 billion, and the U.K. Information Commissioner's Office announcing its intention to fine British Airways and Marriott hundreds of millions of pounds, we thought priva...
END_OF_DOCUMENT_TOKEN_TO_BE_REPLACED queue Save This

1
Privacy professionals generally understand, at least conceptually, what it means to implement privacy by design. If further guidance is needed, we can look to the NIST Privacy Framework or ISO 27701. If we want to better anticipate regulator expectations around PbD, we can refer to the European Data...
END_OF_DOCUMENT_TOKEN_TO_BE_REPLACED queue Save This

Are COPPA safe harbor programs getting the job done?

The U.S. Federal Trade Commission last week announced its settlement with a gaming app developer over its false claim of membership in a Children’s Online Privacy Protection Act safe harbor program, and alongside the announcement, a Democratic commissioner has called for a revamp of self-regulatory ...
END_OF_DOCUMENT_TOKEN_TO_BE_REPLACED queue Save This

The U.S. is in the throes of a pandemic caused by the SARS-CoV-2 virus, COVID-19. Realizing that long-term lockdowns are not sustainable, governments are seeking alternative methods of controlling the pandemic. “Testing and tracing” has been touted as a way to reopen economies with the pandemic stil...
END_OF_DOCUMENT_TOKEN_TO_BE_REPLACED queue Save This