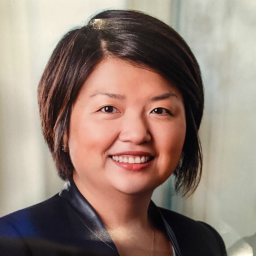 On June 29, the European Commission hosted the Digital Single Market Cloud Stakeholder Meeting. The purpose of the meeting was to interact with the broadest possible collection of stakeholders, wrap up the work done by the Cloud Select Industry Group, and discuss how to best build on previous key deliverables in order to effectively address cloud-related opportunities and challenges in a rapidly changing environment.

The opening keynote by the European Commissioner Pearse O'Donohue, acting director of Future Networks, discussed the achievements under the European Cloud Strategy. Presentations on the achievements and key deliverables of the C-SIG group included, in relation to the General Data Protection Regulation, areas such as code of conduct, service level agreements, standardization and certification. The commission encourages the organizations to talk to more industry groups and other industries in other sectors.

Take the code of conduct, for example, the purpose is to provide users and SMEs more choices, not narrow them, and to bring them in to be more involved. For a small company, they might not have the resources for legal like the big enterprises do to handle all the regulation requirements.

Recently, the European Commission had a review of the digital single market and concluded that the market needs more industry players, a cohesive system, inputs from industries, and more importantly, involvements from users and other public sectors. While cybersecurity is still an issue, “the mandate of the European Union Agency for Network and Information Security (ENISA), is to align it to the new EU-wide framework on cybersecurity leading to improved security in the EU. The Commission will also work to propose additional measures on cyber security standards, certification and labeling to make connected objects more cyber secure.”

Following the conclusion of the C-SIG review, European Commissioner Pierre Chastanet, acting head of unit at DGCONNECT E2, presented the next step toward an effective engagement of cloud stakeholders in the context of the Digital Single Market's midterm review of May 2017. Snapshots on main challenges and opportunities in a rapidly changing digital market were also presented in the areas of data portability, SME-friendly ecosystem, financial sectors and public sector opinion. According to the public sector, many current proposals did not address the regulation's implications when offering technology, such as data location, which did not provide much information on confidentiality.

In closing, the commissioner announced that June 29 marked the end of the C-SIG working group. However, new faces, new configuration and new work streams are still needed.

In an IBM blog post, Chief Privacy Officer Cristina Cabella announced the company has signed up 24 services to the EU Data Protection Code of Conduct for Cloud Services. "Having our services adhere to The EU Cloud Code of Conduct is crucial as we and our clients approach the May 2018 implementation ...
END_OF_DOCUMENT_TOKEN_TO_BE_REPLACED queue Save This

The Heritage Foundation will host an event titled “Digital Security and Due Process: Modernizing Cross-Border Surveillance Law for the Cloud Era” June 22. Google Senior Vice President and General Counsel Kent Walker will speak during the event. Walker will cover the best ways for law enforcement age...
END_OF_DOCUMENT_TOKEN_TO_BE_REPLACED queue Save This

French companies are seeking advice from the country’s data protection authority, the CNIL, over an executive order from U.S. President Donald Trump, ComputerWeekly reports. The executive order states agencies must ensure their privacy policies exclude people who are not U.S. citizens from the prote...
END_OF_DOCUMENT_TOKEN_TO_BE_REPLACED queue Save This

A letter from the U.S. Customs and Border Protection's acting commissioner concedes the agency does not have the legal authority to search cloud data on phones at the U.S. border, NBC News reports. The letter was sent in response to inquiries from Sens. Ron Wyden, D-Ore., and Rand Paul, R-Ky., both ...
END_OF_DOCUMENT_TOKEN_TO_BE_REPLACED queue Save This

The Hill reports personal data of 2.2 million Dow Jones customers was potentially exposed to unauthorized access because of a cloud computing configuration error. The data in the incident included customer names, email addresses and some financial details, such as the last four digits of some credit...
END_OF_DOCUMENT_TOKEN_TO_BE_REPLACED queue Save This