Freeman said the decision to leave Morrison Foerster was not an easy one, but it was the opportunity to have a hand in building and developing a privacy practice that was too good to pass up. “That’s very exciting to me,” he said. “I’ve been doing privacy since 1998, and to be at a law firm with an unbelievable platform of talent and clients and have a hand in the strategy of growing and building an already great practice, that’s pretty enticing … WilmerHale is a DC institution.”

Bob Novick, co-managing partner at WilmerHale, said the firm needs to be able to offer the full suite of solutions for companies dealing with cyber threats, data breaches and general privacy issues, and Freeman fills out those abilities in an important way. “Reed brings another dimension,” he said. “Both on the regulatory side and the FTC investigation side, where he’s spent a considerable amount of time. That’s important to clients.” 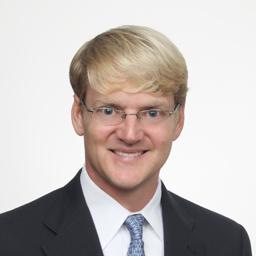 The competitive landscape is heating up, Novick said, and those firms who want to represent the big brands need to be able to field a team that is deep and well rounded. “There are a whole host of issues and activities that require different skill sets to navigate a client through them,” he said. “We need to be able to field and capably handle all facets of a problem, no matter what it is.”

Freeman said he saw that WilmerHale was headed in that direction when they brought on former FBI Director Robert Mueller last year. “He’s just an amazing lawyer and talent and class act,” Freeman said. As he considered WilmerHale, Novick and others told him they were committed to investing in the cybersecurity and privacy practice, “but they didn’t need to tell me that,” Freeman said. “I saw they hired Bob Mueller, and that’s a big deal.”

Novick said the firm is simply responding to market demand. “I don’t know what the catalyst was for boards and general counsels to be proactive,” he said, “but whatever it was, and some people trace it back to Target, or further back, but people have just taken notice of the risk here with privacy and cybersecurity and they’ve begun to appreciate that you can’t protect against the risk with just technology. You have address that risk with training and expertise. How do you ready yourself so that if something does happen, then you’re ready for it with proper remediation? We’re seeing a lot of companies come to us to understand the threat, understand what they can do in advance to try to prevent it and be ready to respond nimbly.

“When your CIO says, ‘everything is fine. Don’t worry,’ that’s not good enough,” Novick said.

Morrison Foerster has of course seen that as well, Freeman said, and emphasized the strength of the MoFo privacy team as well as the competitive landscape for privacy lawyers in general: “I think every lawyer in the field is getting head hunter calls a couple of times a week … privacy is just wildly hot right now.”

“MoFo is a world-class firm in and of itself,” Freeman said about his hard decision to make a move. “This opportunity was just so timely and exciting at this stage of my career. It’s one thing to be building my own practice, which I’ve been doing my whole career, but it’s another thing to work with others in building something collective and have my fingerprints on it. Hopefully, if I do it right, we end up with a first-thought destination practice that I was part of developing … Looking for great associations and training great associates and being responsible for strategic planning – that scratched an itch for me.”

As the ripples from President Barack Obama’s comments at the Federal Trade Commission yesterday continue to make their way through the privacy world, Morrison & Foerster Partner Reed Freeman, CIPP/US, analyzes the three major prongs of the president’s speech: data breach notification legislation...
END_OF_DOCUMENT_TOKEN_TO_BE_REPLACED queue Save This

Morrison & Foerster LLP recently announced that D. Reed Freeman, CIPP, has joined the firm’s Washington, DC office as a partner in its Privacy and Data Security Group....
END_OF_DOCUMENT_TOKEN_TO_BE_REPLACED queue Save This

Morrison & Foerster bolstered its privacy team significantly this week with the addition of Andrew Serwin, CIPP/US, CIPP/E, CIPP/G, Peter McLaughlin, CIPP/US, and Daniel Muto, CIPP/US, who’ve all made the jump from Foley & Lardner. They join the likes of Miriam Wugmeister, chair of MoFo’s Gl...
END_OF_DOCUMENT_TOKEN_TO_BE_REPLACED queue Save This

For The Privacy Advisor, IAPP Westin Research Fellow Sarah Rippy looked at the U.S. state laws that have strict opt-in and opt-out requirements, as well as those that take a hybrid approach. The IAPP published for the Resource Center a table listing the various derogations under Article 49 of the...
END_OF_DOCUMENT_TOKEN_TO_BE_REPLACED queue Save This

Kia ora koutou, It's Wiki Tūmataiti (Privacy Week) here in New Zealand. We've taken the baton from our friends in Australia (we're fashionably late, some might say), and our privacy community is showing great engagement with events and activities across the country. In addition to more light-hearte...
END_OF_DOCUMENT_TOKEN_TO_BE_REPLACED queue Save This