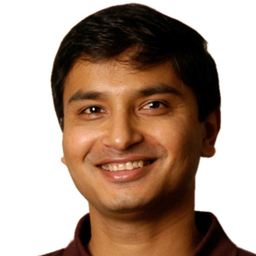 Yet another intrusion with data theft, yet another chorus of yells for "encryption.” I refer to the eBay intrusion from last week with the subsequent hysteria over their not encrypting certain personal information at rest. "It is inexcusable for a company the size of eBay with the amount of data it holds to not encrypt all personal information held,” said Trend Micro’s Rik Ferguson.

It has become quite fashionable these days to say, "If only the information had been encrypted.”

The problem is not that simple, either from a privacy or security perspective. From a privacy perspective, the motivation is “don’t let someone who doesn’t need to see the information see it.” From a security perspective, the motivation is “don’t allow someone to violate privacy and then misuse the obtained information.” They’re very closely related, and wherever we talk about security or privacy, we really mean both. 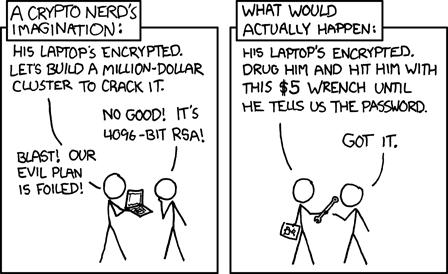 It's when you start trying to apply the same principles to data on servers without thinking correctly about it that you start getting into trouble. Let's talk about what encryption at rest does not do:

Keep the right perspective as you think about encryption at rest:

The point I'm trying to make is that without a solid security and privacy program in place to start with, encryption at rest is like applying duct tape to a broken bone. Encryption has its uses, and it can be effective as a security and privacy control, a safe harbor control and as a compliance measure. But if you're not careful about realizing its limitations and communicating them to your executives, you're the one that will be in hot water when an incident occurs.

Italy's data protection authority, the Garante, joined DPAs in Austria and France in ruling against data transfers to the U.S. using Google Analytics. The Garante deemed the transfer of Google Analytics data collected through cookies by website operators violates the EU General Data Protection Regul...
END_OF_DOCUMENT_TOKEN_TO_BE_REPLACED queue Save This

The U.S. Federal Trade Commission re-filed its Advanced Notice of Proposed Rulemaking with the Office of Management and Budget for a potential rulemaking on privacy and artificial intelligence. The ANPRM and its stakeholder consultation period began at the start of June and will end in August. The f...
END_OF_DOCUMENT_TOKEN_TO_BE_REPLACED queue Save This

US cybersecurity bills signed into law

U.S. President Joe Biden signed two bills into law to enhance cybersecurity measures among federal, state and local governments, The Hill reports. Under the Federal Rotational Cyber Workforce Program Act, cybersecurity professionals will rotate through federal agencies to offer expertise, while the ...
END_OF_DOCUMENT_TOKEN_TO_BE_REPLACED queue Save This

Database developer platform MongoDB introduced a preview release of “Queryable Encryption.” According to its website, the product makes MongoDB "the only database provider that allows customers to run expressive queries, such as equality ... range, prefix, suffix, (and) substring ... on fully random...
END_OF_DOCUMENT_TOKEN_TO_BE_REPLACED queue Save This

What does the newest U.S. privacy bill mean for cybersecurity?

On Tuesday, June 14, the U.S. House Committee on Energy and Commerce held a hearing on the American Data Privacy and Protection Act discussion draft — a leading contender for a comprehensive federal privacy framework. The famed sticking points of individual redress mechanisms, preemption of state la...
END_OF_DOCUMENT_TOKEN_TO_BE_REPLACED queue Save This