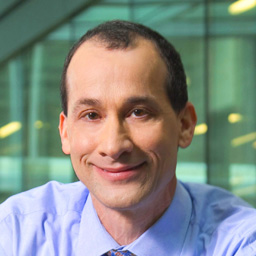 There are notable differences between EU and U.S. data protection law. There is also equally notable skepticism in the U.S. and EU about the other legal system’s approach

To help illustrate the nature of these doubts, I contacted a handful of leading U.S. privacy attorneys to gather their opinions of EU data protection law. Then, to round out this mini-poll, I asked privacy attorneys in Germany during a recent visit to Cologne and Frankfurt-am-Main about their views of the U.S. system of information privacy law. All were promised confidentiality; data protection is, after all, an important matter.

Here are the views of the U.S. attorneys regarding EU privacy law:

As these points illustrate, the U.S. concerns about EU data protection are deep. They are matched, however, by the EU distrust of U.S. information privacy law.

Here are the views of the German privacy experts:

Many of these comments from the German experts reflect fundamental differences in how the U.S. regulates privacy law, which leaves experts on the European side of the Atlantic feeling that the American system does not contain effective protections.

The comments also show a profound and continuing reaction to the Snowden revelations. One year after the “Summer of Snowden,” that is, the initial release of NSA documents by Edward Snowden, emotions are still running high in Germany about U.S. global surveillance activities. Indeed, outside the campus of the Goethe University Frankfurt, I passed pro-Snowden posters stuck on telephone poles. The posters featured a simple suggestion for Germany’s policy in this matter: “Asyl,” that is, an offer of asylum in Germany for Snowden.

Many of these comments from the German experts reflect fundamental differences in how the U.S. regulates privacy law, which leaves experts on the European side of the Atlantic feeling that the American system does not contain effective protections.

Moreover, Chancellor Angela Merkel herself was said to be upset by the report that the U.S. had spied on her cell phone. As one attorney told me in Cologne, “Allied nations should not behave this way with each other.” It should be noted that this anger continues—the latest flare-ups are due to recent German media revelations of an American spy within the Bundesnachrichtendienst, Germany’s foreign intelligence agency. In response, Germany has expelled the CIA’s top officer in Berlin.

The fallout from the Snowden leaks is also having significant business implications for U.S. technology firms. In June, the German government announced it would end a contract with Verizon Communications because of concerns about network security. It is shifting its business to Deutsche Telekom, a German company. Microsoft General Counsel Brad Smith also stated recently that the business issues relating to the Snowden links were “getting worse, not better.” Forrester Research has estimated that the NSA disclosures could reduce U.S. technology sales overseas by as much as $180 billion by 2016.

There are no easy solutions to differences in EU-U.S. data protection. Instead, there are only tough discussions ahead. There are, however, two lessons that can be drawn from my mini-survey.

First, the U.S. attempt to launch a discussion around the term “interoperability” is unlikely to be fruitful. In the White House’s 2012 “Report on Consumer Data Privacy in a Networked World,” the executive branch declared its “commitment to increase interoperability with the privacy frameworks of our international partners.” The plan was a good one. The U.S. privacy system is not like that of the EU, and its goal should not be to become the equivalent of it.

The overarching idea of “interoperability” is to allow different privacy systems to work together. It is hard to object to that idea in the abstract, and the OECD’s 2013 Privacy Guidelines call for greater efforts to address the global aspects of privacy through improved interoperability. Due to current high levels of suspicion on the EU side, however, the idea of “interoperability” now has the air of “Pax Americana,” or an agreement enforced on the world through American power. I have yet to meet a single privacy policy-maker in Europe who reacted favorably to this term. It is probably time to drop that “brand.” Nonetheless, the policy goals of the 2012 White House report regarding accountability and enforcement are highly valuable. A discussion around these concepts has the potential to discover new common ground.

Due to current high levels of suspicion on the EU side, however, the idea of “interoperability” now has the air of “Pax Americana,” or an agreement enforced on the world through American power. I have yet to meet a single privacy policy-maker in Europe who reacted favorably to this term.

Second, “harmonization networks” for information privacy are more important than ever before. “Harmonization networks” develop when regulators and other policy-makers in different countries work together to harmonize or otherwise adjust different kinds of domestic law to achieve outcomes favorable to all parties. This general phenomenon was first noted by the international law scholar Anne Marie-Slaughter. As Slaughter writes, “The more that international commitments require the harmonization or other adjustment of domestic law, the coordination of domestic policy or cooperation in domestic enforcement efforts, the more they will require government networks to make them work.”

An important way forward will be through further policy engagement and discussions among the informal networks of government officials and policy-makers concerned with international privacy law. One promising locus for these efforts is the Global Privacy Enforcement Network, of which the U.S. Federal Trade Commission is a founding member. Increased global collaboration in privacy investigations and enforcement actions worldwide will help develop shared goals of accountability and enforcement. It may also help defuse at least some of the current distrust and tensions between the EU and U.S. about information privacy law.

On June 21, the European Data Protection Board issued its highly anticipated final recommendations on supplementary measures for data transfers. The recommendations outline a process organizations can follow to transfer personal data outside the European Economic Area to ensure compliance with the "...
END_OF_DOCUMENT_TOKEN_TO_BE_REPLACED queue Save This

In a blog post, the State Commissioner for Data Protection and Freedom of Information in Rhineland-Palatinate explains why German federal and state governments, as well as the European Data Protection Board, agree entities must examine the legal situation of third countries when transferring data ...
END_OF_DOCUMENT_TOKEN_TO_BE_REPLACED queue Save This

A White House official said U.S. President Joe Biden believes steps are needed to protect privacy and address concerns brought forth by large technology companies, Reuters reports. The official added Biden has seen positive signals from the bipartisan work in Congress to tackle these issues. "The pr...
END_OF_DOCUMENT_TOKEN_TO_BE_REPLACED queue Save This

Protocol looks at the privacy background of newly appointed U.S. Federal Trade Commission Chair Lina Khan. While at Columbia Law School, Khan co-authored a paper where she states technology companies could never put users' privacy first due to its use of targeted advertising. Khan's co-author, Colum...
END_OF_DOCUMENT_TOKEN_TO_BE_REPLACED queue Save This

In a joint statement, the Council of the European Union and the U.S. Departments of Justice and Homeland Security detailed their discussions at the EU-U.S. Ministerial Meeting on Justice and Home Affairs. The two sides agreed the Passenger Name Record agreement remains "a key instrument" in fighting...
END_OF_DOCUMENT_TOKEN_TO_BE_REPLACED queue Save This