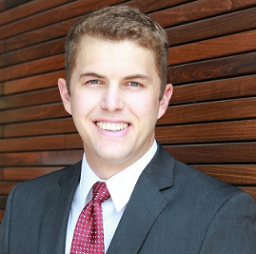 Rather than simply advocating more restrictive laws, panelists emphasized the need for collaboration from all interested parties to develop the technical and policy solutions necessary to bring about the tremendous benefits offered by safe UAS operations.

While panel experts were drawn from a wide variety of disciplines, many of the core challenges identified in the coming ubiquity of this technology were related to privacy and social acceptance. UTM issued a call to action in three general areas that must be addressed by privacy professionals and industry as a whole to facilitate the rollout of this new system: educating the public on current policy and safe operating principles, simple identification of UAS operators and setting a transparency balance around drone data collection.

The largest problem with public acceptance of drones has been the nature of introduction and continued exposure. Rather than hearing about novel approaches to search and rescue, emergency response or even quick and easy delivery, news stories to a crowd with minimal technological awareness have focused on armed UAS systems or close calls between hobbyist operators and commercial airlines. High-profile incidents involving hobbyists flying quadcopters over California fires are the most recent example of public alarm sparking new legislative proposals, yet a host of laws already exist making it a crime to interfere with police and fire emergency response.

For this reason, public education for both UAS operators and non-operators serves as the most immediate and effective means of keeping everyone safe pending the new FAA rules. When combined with current federal and state protections, such as peeping tom, paparazzi, corporate espionage and trespassing laws, experts agreed that leveraging existing statutes can provide avenues for prosecuting individuals operating these systems dangerously while avoiding the creation of a complex, state-by-state regulatory web for commercial operations. Rather than simply advocating more restrictive laws, panelists emphasized the need for collaboration from all interested parties to develop the technical and policy solutions necessary to bring about the tremendous benefits offered by safe UAS operations.

Another low-cost identity system was on display from U.C. Berkeley engineering students, who created a smartphone app and means of programming the multicolor LEDs often found on consumer UAS to flash a unique pattern. This would effectively create a digital license plate that concerned citizens could decipher by simply holding up their phone camera.

UAS identification is key to protecting the safety and privacy of the public overall, but also to enable safe operations for other UAS systems. Dave Vos, Google’s lead for Project Wing, emphasized the need for a means of establishing a secure identity of a given drone. It is through this authentication and traceability, he said, the public can realize the goals of compliance and responsibility in this new network. Vos advocated the inclusion of a persistent broadband connection and a cheaper ATS-B unit as two means of implementing this goal for commercial operations.

Another low-cost identity system was on display from U.C. Berkeley engineering students, who created a smartphone app and means of programming the multicolor LEDs often found on consumer UAS to flash a unique pattern. This would effectively create a digital license plate that concerned citizens could decipher by simply holding up their phone camera. While private individuals wishing to operate illegally are unlikely to voluntarily opt in to such a system, the concentrated market share of the recreational drone market could allow for quick and widespread implementation. Similar to the “no-fly zones” implemented in many urban areas after several publicized sightings in sensitive regions, this could quickly become an industry standard if dangerous recreational operations continue to make headlines.

While these flying platforms make for a very useful new tool for moving physical goods, even more valuable is the data they can collect from this new perspective. The sheer number of drone-as-a-service cloud providers taking part in the convention highlighted how those with concerns over commercial UAS operations should be evaluating the industry as part of a much bigger discussion focused on how privacy protections will evolve in the age of cloud computing and the Internet of Things. Although they may collect information from sensors at a new vantage point, they really are not all that different from the dozens of other data-gathering devices we interact with on a daily basis.

There will also be significant variety in data-gathering practices depending on the operation type. Taking delivery drones, for example. Google and Amazon indicated they would likely use the upper reaches of the FAA flight ceiling for package delivery transit until descending on property for which they have explicit flight authorization, thereby minimizing direct contact with the public. Optimization of these routes will inherently involve the overflight of private land unassociated with the delivery, making this a key area to watch that differs from private-land surveying, which is currently predicted to be the most common UAS use case and typically occurs over privately owned land. Due to a diversity of sensors, platforms and use cases for UAS, those seeking enhanced privacy protections from drones would better serve broader public privacy interests in our new technological economy by focusing on data collection, usage and life cycle as opposed to the tool through which it is obtained.

Later this month, 12 companies are taking part in NASA’s Build 1 test of the UAS Traffic Management System after over 125 corporate applications, making the present time a critical junction for privacy professionals to join the discussion as best practices are created for standard operations. Careful planning and advanced control hardware should help commercial operators avoid most of the safety complaints that have plagued the rollout of consumer drones, but additional collaboration of privacy-minded individuals will help this new industry flourish from the start.

Greetings from Newfields, New Hampshire! It’s hard to believe we’re already on the brink of November. It only dawned on me that it was just around the corner when I realized that I, along with many of you, was missing out on the in-person version of the IAPP’s P.S.R. conference. My first IAPP conf...
END_OF_DOCUMENT_TOKEN_TO_BE_REPLACED queue Save This

3
This is the first installment of a five-part series aimed at helping global privacy professionals better understand the operational impacts of the new Brazilian data protection law, the Lei Geral de Proteção de Dados. The series addresses the LGPD in its current form, taking into account that, once ...
END_OF_DOCUMENT_TOKEN_TO_BE_REPLACED queue Save This

'Where We Stand with CPRA, and How This Impacts Your Organization'

California residents will have the opportunity to vote Nov. 3 on the California Privacy Rights Act less than a year after the California Consumer Privacy Act went into effect. Join the IAPP Nov. 5 for this sponsored web conference to hear about the outcome of the vote and what the CPRA's requirement...
END_OF_DOCUMENT_TOKEN_TO_BE_REPLACED queue Save This

IAPP Legal Research Fellow Cathy Cosgrove takes a look at the recent privacy legislation activity out of California in this piece for Privacy Tracker. The IAPP released the fourth edition of "California Privacy Law" by Baker McKenzie Partner Lothar Determann. The Daily Dashboard reported the U.K...
END_OF_DOCUMENT_TOKEN_TO_BE_REPLACED queue Save This