Given what they saw as a lack of regulations to protect consumers against potential harms as a result of increasingly pervasive and surreptitious online tracking, college buddies Chandler Givens and Ryan Flach have decided to do something about it themselves.

They already had the privacy and tech bona fides. After graduating from Virginia Tech in 2008, Givens got a law degree and became a privacy lawyer, working largely in consumer protection. Flach became a software engineer for a large defense contractor. 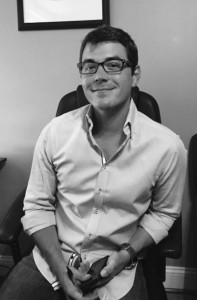 After years of working on the kinds of concerns consumers had around companies doing things that, if not unlawful, felt wrong to them, Givens saw an opportunity in his and Flach's combined skill set.

Last week, they launched TrackOFF, software designed to allow consumers to combat digital tracking from their own computers.

“We talked a lot about new privacy issues, and Ryan was saying, ‘I wonder what sorts of technological approaches you could use to avoid this kind of tracking,'” Givens recalls. “We engineered a good solution and feel that the market conditions are right, that consumers need this type of software.” 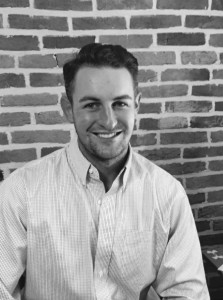 The software interfaces with web browsers Chrome, Internet Explorer and Firefox and, once installed, acts much like Norton AntiVirus does. It resides in the system tray, and when users browse the web, they’re notified any time a site is attempting to capture their “digital fingerprints" to track their behavior across the web. The software also scrambles those digital fingerprints to make it difficult to match users from site to site.

"Using software to combat new digital tracking methods is necessary because of the sophistication of the technology used to identify and monitor user behavior online," Givens said.

“Consumers have no idea this information is being collected about them, so they don't know to protect themselves. And it’s really sensitive behavioral information” sites are tracking, he added. “It’s tracking the travel you book, the purchases you make, the medicines you’re looking up and the health symptoms you’re searching for. You never know it’s happening, and you never know where the data is going.”

Givens and Flach, based in Baltimore, MD, and working with an engineering firm based in California, called last week's debut a "soft launch" of TrackOFF and said consumers are responding positively thus far. They’ve seen hundreds of downloads within their first few days on the market.

They acknowledge, however, that TrackOFF is one layer in what should be a multilayered approach for users who want to protect themselves on the web. Privacy is increasingly becoming like security, Givens said. When users want to protect their computers' security, they may download antivirus software, put up a firewall and install security updates when prompted by their operating systems.

If they want to protect privacy, users should regularly clear cookies or use private browsing mode as well as this software that disguises their digital fingerprints. For an even higher degree of privacy, consumers can use VPN software to mask their computer's IP address.

The problem Flach and Givens face, they say, is awareness. With privacy, it’s “harm averted is benefit unseen,” Givens said. Whereas with security, most people have had the experience of getting a virus and then, subsequently, a strange crash occurs or files disappear, “the privacy harms are happening in the background, so it’s difficult for consumers to really put their finger on what’s going on,” Givens said.

But consumers are going to have to start taking matters into their own hands if they want to stay safe, he added, because of what they described as U.S. legislators' failure to take meaningful action.

“The only time we’re going to have any kind of meaningful reform is when something cataclysmic happens,” Givens said. “One of these data broker or analytics companies will get hacked, it’s not just an abstract threat anymore. All of a sudden you’ve got congressmen and congresswomen—or their family members—who have their information disclosed, and they never knew their information was being collected in the first place.”

But until then, Givens and Flach suggest that TrackOFF can “give consumers some measure of control over how they browse the web and secure their privacy.”

Greetings from Portsmouth, New Hampshire! It’s hard to think about anything else besides COVID-19. In addition to getting used to social distancing, another challenge has been trying to limit my intake of the news. Don’t get me wrong, I’m not putting my head in the sand, but one of the many skills ...
END_OF_DOCUMENT_TOKEN_TO_BE_REPLACED queue Save This

We know, there's lots of privacy news, guidance and documentation to keep up with every day. And we also know, you're busy doing all the things required of the modern privacy professional. Sure, we distill the latest news and relevant content down in the Daily Dashboard and our weekly regional diges...
END_OF_DOCUMENT_TOKEN_TO_BE_REPLACED queue Save This

Uber is suing the Los Angeles Department of Transportation in federal court over a rule requiring the company to share real-time location data for its dockless scooters, The Wall Street Journal reports. While city officials say the data is needed to manage traffic and safety, Uber argues the require...
END_OF_DOCUMENT_TOKEN_TO_BE_REPLACED queue Save This

Efforts to comply with the California Consumer Privacy Act are among the issues the COVID-19 pandemic has brought to the forefront. Concerns have hit a point where companies have requested a delay on CCPA enforcement to alleviate pressures stemming from COVID-19’s effects. California Attorney Genera...
END_OF_DOCUMENT_TOKEN_TO_BE_REPLACED queue Save This

A U.S. district judge ruled a 2018 lawsuit filed by New Mexico Attorney General Hector Balderas against Twitter, Google and others over children’s privacy will move forward, The Associated Press reports. Balderas accused the companies of violating state and federal laws by collecting children’s info...
END_OF_DOCUMENT_TOKEN_TO_BE_REPLACED queue Save This