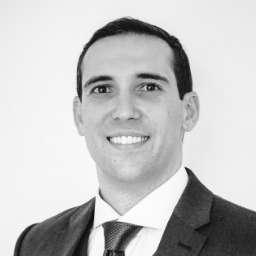 In 1997, chess champion Garry Kasparov lost his reign to supercomputer Deep Blue. At that time, many felt Deep Blue's victory was nothing more than a marketing strategy. Kasparov himself vented that such a victory could have been rigged. However, the triumph obtained by the supercomputer was an important milestone in the history of artificial intelligence.

One of the pioneers in the field of AI, Professor John McCarthy, defines it as “the science and engineering of making intelligent machines, especially intelligent computer programs. It is related to the similar task of using computers to understand human intelligence, but AI does not have to confine itself to methods that are biologically observable.”

Instead of increasingly complex calculations, work in the AI field focuses on repeating and optimizing human decision-making processes by performing tasks in an increasingly more natural way.

Far from the common thematic presented in the movies, in which machines end up enslaving the human race, today, several examples illustrate the great evolution in the practical and everyday applications of artificial intelligence. The popularization of technology and advances in the capacity to process large volumes of data ensured computers a huge evolution in the race to become even more efficient than human minds.

On the one hand, MIT professor Erik Brynjolfsson asserts we are still in the initial phase of AI, the consequences of which have not yet reached their apex. On the other hand, Carlo Ratti, another MIT professor, has argued that thanks to AI, we will experience unimaginable changes in city life, especially considering the way AI will handle data collection and processing.

If in 1997 Deep Blue made history, in 2017 it was the turn of another supercomputer, the Alpha Go Zero, which won several human opponents in the complex Chinese game “Go." In fact, since its previous version, Alpha Go has been dominating the headlines by successively beating Go's best players, largely because of its ability to gather data from its opponents and learn from matches played.

The results obtained by Alpha Go Zero are relevant because they come from an artificial intelligence technique called reinforcement learning, which is only possible thanks to the ability to store, process, and analyze data, habits, and tactics of players. It is a technique in which, when trying different approaches to a problem, the computer learns the best solution without demanding any programming or previous instruction by a human being. As a result, the computer becomes capable of doing things without any programmer teaching it beforehand. Alpha Go Zero was trained only from its own experience with the personal data of players and matches, which allows it to surpass human capabilities and operate in areas where human knowledge is not present.

Also using reinforcement learning techniques, the latest version of the supercomputer, AlphaZero, dominated the game of chess in just four hours after being programmed with the rules of the game (without any strategies), defeating Stockfish, the best chess software by then.

What does this mean for science and the protection of personal data? Will machines equipped with AI be the drivers of the future and threaten privacy?

Let us assume a scenario in which artificial intelligence applications are so sophisticated that they can be prepared or oriented to find solutions to real technical problems from specific databases. The cure of a degenerative disease, for example, may come from a dedicated artificial intelligence application capable of managing research data over the years and decoding the genetic mutation that causes such disease, or finding a new drug or method for its treatment.

If artificial intelligence is indeed the way to new inventions, how can we protect such new inventions and data that feed these tools? After all, reinforcement learning requires permanent access to databases of all kinds. The patent system in effect in places throughout the globe determines that, in order to be patentable, an innovation cannot be a mere discovery, but an invention, an original work, born out of creativity and not just the fruit of learning evolution and data management (personal or otherwise).

According to the Brazilian Industrial Property Law (Law No. 9,279/96, known as BIPL), the legitimate owner of a patent must be the author of the invention, or its representatives and successors. In addition, under the U.S. Patent Law (Public Law 112-29, of September 16, 2011, Leahy-Smith America Invents Act), the inventor is the individual or group of individuals who have created the subject matter of such invention.

Who, then, will be the owner of an invention obtained through successive applications and constant improvement of artificial intelligence using personal data?

Under the laws in Brazil, a computer program per se is not protected by a patent, but by the Copyright Law (Law No. 9,610/98, know as LDA) and by the Software Law (Law No. 9,609/98, the Software Law). As long as there is not a general data protection law, automated decisions resulting from the use of algorithms and AI mechanisms are not yet subject to regulations.

Although a creation resulting from the employment of AI could be considered a computer program per se, it would not be considered an invention under the BLPI. In this case, in principle, the copyright holder would be the author of the work, the individual who created it. From this perspective, it is curious to note that the author of the work could even be the owner of the work who never imagined or intended to create it, but did so by the reinforcement learning of the AI and use of personal data of third parties. How to define the boundaries of consent in such circumstance?

What if the result of the work is in fact a patentable invention? In 2016, researchers worked with DeepMind to apply reinforcement learning to make their data centers more energy efficient. According to reports, the application of AI fed only with very little sensor information resulted in 40 percent reduction in the energy consumption required for data center cooling.

Aside from possible discussions on the protection of personal data, adequacy, consent, sufficiency of disclosure (enablement), and validity of this patent application, who would be listed as its inventor, given that the efforts of an artificial intelligence mechanism were responsible for the creation of the invention? Would it be all programmers working on the original source code or an inanimate being capable of managing a personal database?

Current legislation in Brazil and abroad is not ready to address these issues from the perspective of patents and protection of personal data. Nevertheless, considering various advances obtained in the field of AI and the increasing integration and interaction between blockchain and AI, it's clear AI will severely change several business models in the financial, health, education, and security sectors, and legislation must be improved to respond such advances.

TechCrunch reports the European Commission will launch a new enforcement review plan to ensure adequate application of the EU General Data Protection Regulation. In response to GDPR enforcement questions by the European Ombudsman, the commission will require national data protection authorities to f...
END_OF_DOCUMENT_TOKEN_TO_BE_REPLACED queue Save This

The California Privacy Protection Agency Board published agenda items for its Feb. 3 meeting, including the final draft of its proposed California Privacy Rights Act regulations. The board announced discussion and possible action to finalize CPRA regulations in its meeting notice preceding the relea...
END_OF_DOCUMENT_TOKEN_TO_BE_REPLACED queue Save This

Op-ed: Pass US privacy legislation instead of banning TikTok

If the U.S. passed legislation to ban TikTok, it may ultimately further undermine national security interests in the long run, Center for Strategic and International Studies Senior Adviser Glenn Gerstell writes in The New York Times. He said an outright ban of TikTok “would sidestep a broader proble...
END_OF_DOCUMENT_TOKEN_TO_BE_REPLACED queue Save This