When David Fraser, partner with McInness Cooper and author of the Canadian Privacy Law Blog, looks at the Alberta Court of Appeal’s recent decision that Alberta’s privacy law is unconstitutional, he sees a potential ripple through the country at large and a building clash between privacy and Canada’s fundamental right to freedom of expression, as included in the charter passed in 1982.

“It will be very interesting,” Fraser said. “The Alberta privacy law deals with the issue in almost exactly the same way as the federal one. (The decision) will have broad-reaching implications.” 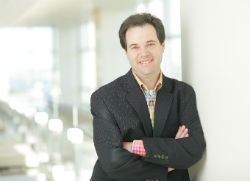 “We have freedom from unwarranted intrusion by the police and other governmental actors,” Fraser explained, “but we don’t have a constitutional right to privacy that would extend to non-governmental actors. How do you find the balance between a constitutional right, which is normally paramount, and an issue that privacy advocates say we should put on the same level? The reality is that they are not.”

Such is the discussion Fraser will lead at IAPP Canada Privacy Symposium 2013, to be held in Toronto, May 22 through 24.

The Alberta case involved striking union workers recording video of “scabs” as they entered the workplace, with the intent of shaming them by posting the video online. A complaint was filed with the privacy commissioner, who found the striking workers had violated the privacy law. At the end, the Court of Appeals said, “not so fast.”

“They said the privacy legislation didn’t adequately take into account freedom of expression,” Fraser said. The recording and posting of the video was deemed a protected activity under the charter.

Fraser believes this kind of push and pull is going to become commonplace as privacy efforts run up against expression issues.

On a global stage, Fraser pointed to the prosecution in Italy of Google executives over the uploading of content by a user. “It wasn’t a nice video,” Fraser said, “but to prosecute somebody for expressive content that they didn’t even express themselves—it will be interesting to see how the Italian courts deal with that.”

For, while Canadian courts obviously aren’t legally linked to those in Italy, “because privacy is an emerging area of regulation,” Fraser said, “there’s a lot of looking at other countries for guidance. The privacy regulators look to each other and collaborate a lot, particularly with companies that have an international presence.”

How long until Canada has a similar case? Or how about Europe’s push for a right to be forgotten? “That has a huge impact on freedom of expression,” said Fraser. In the old days, “You’re a newspaper who reported on someone being arrested, that would be in the newspaper that day, distributed and eventually the only copies would be in archives and libraries and stuff like that.”

But now everything is online forever and infinitely searchable. “If someone has the right to be forgotten, does that extend to newspapers and their online archives?” Fraser wonders. “Does that force them to remove that article?”

Or take the activity on Reddit, where online vigilantes were scouring photographs to uncover suspects in the recent Boston Marathon bombings. Could Reddit be forced to take down that discussion that identified the wrong people? “Should Reddit be responsible for policing their users for disclosing personal information, correct or incorrect? Does that extend to privacy as well and telling people what they can and can’t say? That has an impact on freedom of expression,” Fraser said.

Fraser also noted that Canada does not have an equivalent to the Communications Decency Act, which in the United States says an online service provider will not be treated as a publisher of content created by the users. Nor does Fraser know of an effort to create such a law in Canada. That liability may well extend to online service providers in Canada, and “that could extend to an invasion of privacy,” Fraser said.

These are important questions to ask and discussions to be having, Fraser said, which is why he’s excited for the symposium. There will be regulators in the room, he noted, and these are questions they’ll need to be diving into more and more frequently going forward.

“Privacy right now in Canada is considered to be kind of a compliance issue,” Fraser said, “without many seeing the connection it has to some broader notions that we hold to be pretty important to our society. I don’t expect that it’s an issue that comes up every day, but it’s going to come up more often, and the more I talk about this, and the more I think about it, the more examples that I see.”

On Friday, the Irish High Court dismissed all of Facebook's procedural complaints in a preliminary decision from Ireland's Data Protection Commission regarding data transfers from the EU to the U.S. A win for the Irish DPC, the court decision opens up the possibility that Facebook would eventually h...
END_OF_DOCUMENT_TOKEN_TO_BE_REPLACED queue Save This

South Africa's Information Regulator announced it is seeking legal advice on how to force WhatsApp to revise its controversial privacy policy. The regulator issued a request for WhatsApp to align its policy with EU standards, but the company hasn't agreed to any such change to this point. Informatio...
END_OF_DOCUMENT_TOKEN_TO_BE_REPLACED queue Save This

For The Privacy Advisor, IAPP Westin Research Fellow Sarah Rippy looked at the U.S. state laws that have strict opt-in and opt-out requirements, as well as those that take a hybrid approach. The IAPP published for the Resource Center a table listing the various derogations under Article 49 of the...
END_OF_DOCUMENT_TOKEN_TO_BE_REPLACED queue Save This

Making the case for a global data privacy adequacy standard

Anyone who has even a passing familiarity with data privacy knows it is a frustrating endeavor to comply with the ever-expanding list of data privacy laws worldwide. For companies with a global footprint, every transaction involving personal information requires consideration of domestic and interna...
END_OF_DOCUMENT_TOKEN_TO_BE_REPLACED queue Save This