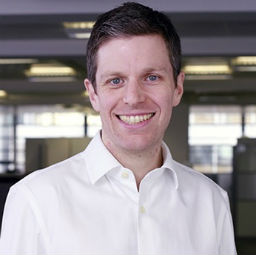 The ICO has issued Sony Computer Entertainment Europe Limited (SCEE) with a monetary penalty notice of £250,000 after finding the company had failed to implement sufficient measures to prevent distributed denial of service attacks that compromised the personal information of its customers.

The notice, issued on 14 January, found that SCEE's PlayStation Network Platform was infiltrated via the attacks, allowing access to customer names, addresses, e-mail addresses, dates of birth and account passwords.

The ICO found that SCEE had failed to ensure appropriate technical measures were in place against unauthorised or unlawful processing of the personal data stored on its platform "such as additional cryptographic controls to protect passwords"; that the contravention was of a kind "likely to cause substantial damage or substantial distress" to the individuals whose personal information was compromised, and that SCEE "knew or ought to have known that such a contravention would occur" but had not "taken reasonable steps to prevent the contravention."

In a statement, SCEE said that it "strongly disagrees with the ICO’s ruling and is planning an appeal."

EU General Data Protection Regulation enforcement was at the center of a conference last week organized by the European Data Protection Supervisor. Stakeholders pointed out several structural problems within the GDPR’s architecture and potential ways to address them. "Some of you might ask: 'why is...
END_OF_DOCUMENT_TOKEN_TO_BE_REPLACED queue Save This

Canada's federal privacy regime is on the cusp of an overhaul with the recent introduction of Bill C-27, an omnibus legislative package for data protection and artificial intelligence. Many have called for this reform in recent years to address growing privacy issues. Former Privacy Commissioner of ...
END_OF_DOCUMENT_TOKEN_TO_BE_REPLACED queue Save This

Three EU privacy authorities have determined Google Analytics unlawfully transfers data to the United States, leaving companies with little to no alternatives and privacy professionals debating how to react as continued similar decisions are anticipated. “Cry and pray. I think that’s the only thing...
END_OF_DOCUMENT_TOKEN_TO_BE_REPLACED queue Save This

The California Consumer Privacy Act gives California residents the right to know what personal information a business collects about them and how it is used. The law likewise imposes obligations on businesses to ensure consumers can exercise this right. Although the CCPA and its regulations provide ...
END_OF_DOCUMENT_TOKEN_TO_BE_REPLACED queue Save This

In his privacy journey, Harvey Jang, CIPP/E, CIPP/US, CIPT, has gone from being “a surgeon, to a dietician and strength coach.” Jang described the start of his career in commercial litigation in the late 1990s as dealing with “a heart attack that has already happened. It’s open-heart surgery, spare...
END_OF_DOCUMENT_TOKEN_TO_BE_REPLACED queue Save This