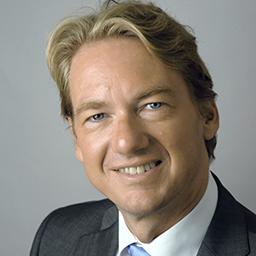 What is the legal status of search engines, which are indispensable tools for searching for information on the Internet? This is one of the complex questions that the Court of Justice of the European Union (CJEU) will have to answer in 2013. For the purposes of this article, we shall use “search engines” to refer to services which automatically index webpages using a computer program, called a spider or robot, and, upon a user request, provide the results in the form of a list of links to the Internet sites identified.

The case which leads to this question is one between a Mr. Costeja and Google. Costeja noticed that when his name was typed into Google's search engine, two results redirected to pages of a newspaper which mentioned the auctioning of a property seized as a result of a failure to pay social contributions. Costeja took legal action against the newspaper and Google before the Spanish Data Protection Authority. The authority denied Costeja’s claim against the newspaper, stating that the publication was legal and benefited from the protection of the right to information. However, the authority granted his claim against Google and ordered it to remove the links from its results page.

This case is symptomatic of a burgeoning trend in Europe transforming regulations on data protection into an instrument used for removing information thought unfavourable or unsuitable by the data subjects. These claims, which assume the existence of the “right to be forgotten,” are often aimed more at the search engines which have indexed the disputed content than at the website containing the content. Search engines are therefore progressively being asked to take on duties that they did not originally have: the duty to regulate Internet content and a duty to respond to people’s claims even if the disputed content is merely disparaging or controversial, rather than illegal. Search engines are therefore caught between several legal grounds that are difficult to reconcile: data protection, right to privacy and freedom of speech.

The first question the CJEU will have to answer will be whether a search engine processes personal data as such. Indeed, a search engine is a program which indiscriminately indexes all content on the web; e.g. images or text—including names, places or personal data. In order to be able to answer this question in the affirmative, one must therefore be able to differentiate between the type of data indexed, which is difficult. This does, however, appear to be the path chosen by the Group of the European Data Protection Authorities, which distinguished, in an opinion dated 2008, between the search engines’ various activities in order to be able to determine whether personal data were processed and whether there was a data controller.

If the CJEU finds that search engines process personal data, it will then have to answer a second question: Are they the “controllers” of the processing within the meaning of the 1995 Directive on the protection of personal data? The controller is the party who “determines the purposes and means of the personal data processing.”

In light of this definition, publishers are the controllers of the content they publish. But, by indexing content that these authors publish, which it does not control, does the search engine also become a controller? Several authorities and courts have attempted to answer this question.

Hence, in its 2008 opinion, the Group of the European Data Protection Authorities considered that, in the context of the search and indexing activity only, the “main controllers are the information providers,” search engines being qualified as “intermediaries.” The term “intermediary” is interesting because it reflects the functional reality of search engines, though the term is not defined in the directive.

Certain French courts have said that a search engine can be a controller and, in so doing, have used an analysis that is similar to that of the Spanish authority. An example is a case of the Montpellier Court of Appeal, which, on September 29, 2011, ruled, under summary proceedings; i.e., without any debate on the merits, that Google was a data controller, granting a request that it "de-index" certain Internet pages. This case involved an individual who had participated in certain video scenes that were accessible through a search using the name of this person.

Other courts have shown themselves to be more conservative. For example, the Paris Civil Court (Tribunal de Grande Instance or TGI) has ruled that Google should remove links from its results page, but it did so relying on the liability regime created for Internet intermediaries and, more specifically, the “hosting intermediary” regime set out in the 2004 Act for Trust in the Digital Economy. This act provides that a technical intermediary responsible for the storage of content "controls" the content it hosts only if, once it is informed that the content is in dispute or illegal, the host does not take prompt action to remove it, thereby causing a manifestly illegal disturbance. In addition, it was the lack of control on the indexed content which led the court to consider the search engine as a host and not a “data controller.”

The fact that the court ruled out this idea is interesting: This means that people’s rights, and respect for their privacy and reputation, can be protected without requiring the presence of a “data controller.”

Other courts have shown themselves to be more audacious in response to claims. On October 12, 2009, the Paris TGI ruled out enforcement of the 1995 Directive against a search engine, stating that it could harm freedom of speech by allowing people to oppose distribution of content on the Internet.

As we can see, there is a debate as to the question of the legal status of search engines. The CJEU could put an end to this debate, unless its decision opens up another, more practical debate. Indeed, if the CJEU rules that search engines are data controllers, how will the entire legal regime and the obligations resulting therefrom be applied to them? How will search engines be able to allow data subjects to exercise their right of opposition, updating and correction of their data even though the search engines do not originally publish the data? How can visibility of online press articles be reconciled with an individual’s request for the removal thereof from the results of search engines?

In this week’s global legislative roundup, the U.S. Federal Trade Commission will host a public forum to receive public comments on data security and privacy rulemaking. Updates to Russia’s personal data law will be formally implemented next month. The Irish Data Protection Commission’s children's p...
END_OF_DOCUMENT_TOKEN_TO_BE_REPLACED queue Save This

The U.S. Federal Trade Commission announced a public forum Sept. 8 to discuss plans for and take public comments on its proposed privacy and data security rulemaking. FTC Chair Lina Khan and Commissioners Rebecca Kelly Slaughter and Alvaro Bedoya will each provide remarks over the course of the foru...
END_OF_DOCUMENT_TOKEN_TO_BE_REPLACED queue Save This

Politico reports U.S.-based Big Tech companies are planning efforts to comply with or challenge the EU Digital Markets Act. “There will be litigation, no doubt,” European Commission Directorate-General for Communications Networks, Content and Technology Gerard de Graaf said. He added that he and the...
END_OF_DOCUMENT_TOKEN_TO_BE_REPLACED queue Save This

Uruguay's data protection authority, the Unidad Reguladora y de Control de Datos Personales, marked the 14-year anniversary of the country's passage of the Access Law No. 18,331 on Data Protection. The law paved the way for the creation of the URCDP, which has held the exclusive enforcement authorit...
END_OF_DOCUMENT_TOKEN_TO_BE_REPLACED queue Save This