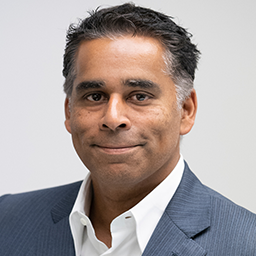 Founder and CEO of WireWheel, Justin is recognized as one of the leading experts on privacy and data protection.

Before WireWheel, Justin served as Acting Under Secretary for Economic Affairs at the U.S. Department of Commerce during the Obama Administration, and led a number of high-priority international efforts around privacy and security.

From 2013 until 2016, Justin led the U.S. Negotiating Team in reaching the E.U.-U.S. Privacy Shield with Europe. Among other initiatives, Justin led dialogues with the European Commission, outreach to industry and civil society groups, briefings for Congressional committees and EU Members States, and engagements with the CNIL and E.U. Member State Ministries and Data Protection Authorities. He also testified in the EU Parliament in support of adoption of Privacy Shield.

Justin also led extensive dialogues with European regulators on the EU General Data Protection Regulation as it was being considered for approval.

In addition, Justin led a number of other domestic and international efforts on the issues of cybersecurity, encryption, privacy and data protection, signals intelligence reform, and other US domestic privacy law issues – and a wide range of economic issues, including tax and data policy.

Justin also led the Economics and Statistics Administration, which includes the Office of the Chief Economist and two of our nation’s leading information agencies: the Census Bureau and the Bureau of Economic Analysis.

Before joining the Obama Administration, Justin was a partner in the private equity practice of Arnold & Porter LLP.