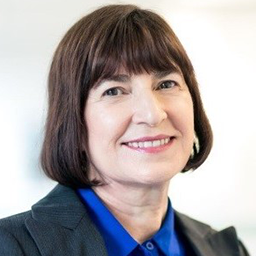 Samantha Gavel was appointed as NSW Privacy Commissioner on 4 September 2017.

Her role is to promote public awareness and understanding of privacy rights in NSW, as well as providing information, support, advice and assistance to agencies and the general public. Her responsibilities include the preparation of reports recommending legislative, administrative or other action in the interests of privacy as well as conducting inquiries and investigations into privacy related matters.

Ms Gavel has the power to deal with complaints about privacy matters, monitor agency functions while reporting to the Attorney General about proposals for legislative or administrative change.

Ms Gavel has also worked in senior administrative roles for both NSW and Commonwealth Government organisations. She is an experienced mediator and has significant expertise in complaints handling, dispute resolution, privacy rights and ombudsman work, as well as a deep knowledge and understanding of Australia’s health system.

Ms Gavel holds a Bachelor of Arts degree from Sydney University. She is a graduate of the Australian Institute of Company Directors and has completed accredited mediation training with LEADR.

Ms Gavel is chair of the Council of The Women’s College at the University of Sydney and the independent member of the Private Health Insurance Code of Conduct Compliance Committee.