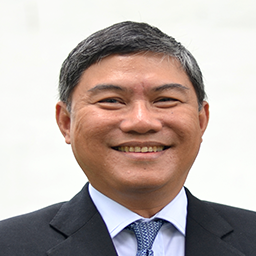 Damian Mapa is a former Deputy Privacy Commissioner of the Philippines’ National Privacy Commission (NPC). He is a co-author and signatory of the Implementing Rules and Regulations of the Data Privacy Act of 2012 as well as various NPC circulars and advisories. He has advised numerous DPOs and their organizations on their compliance journey.

Prior to being appointed Deputy Privacy Commissioner, he served on the Philippine management team of the following companies: Microsoft, Hewlett-Packard, Dell, Unisys, HatchAsia, Duotal, James Martin & Co., and Andersen Consulting. He also served previously in the Philippine government as a Commissioner on the Commission for Information and Communications Technology.

He is a recipient of the U.S. Department of State’s P3 Impact Award, given "in recognition of innovative public-private partnerships that are improving the world in the most impactful ways." The award recognized work done by a team from Microsoft Philippines that used TV White Space technologies to rapidly re-establish internet connectivity in post-disaster situations.

He is a graduate of the Ateneo de Manila University and has completed post-tertiary courses at Canada’s International Development Research Center, at INSEAD (the European Institute of Business Administration), and at the Darden School of Business in Virginia, USA.