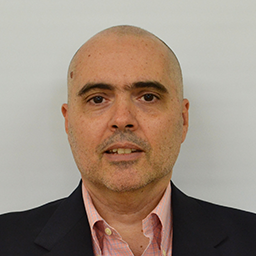 Professor Eduardo Bertoni (Phd, Buenos Aires University) was the Director of the Center for Studies on Freedom of Expression and Access to Information (CELE) at Palermo University School of Law, Argentina until February, 2016. He was the Executive Director of the Due Process of Law Foundation (DPLF) until May, 2006. Previously, he was the Special Rapporteur for Freedom of Expression of the Inter-American Commission of Human Rights at the Organization of American States (2002-2005). Teaching Fellow at the Human Rights Institute at Columbia University School of Law (2001). Reagan-Fascell Democracy Fellow (2012-13) at the National Endowment for Democracy (NED). Former member of the advisory boards of the Human Rights Initiative (Open Society Foundations), the Media Legal Defence Initiative, the Freedom of Information Advocates Network (FOIAnet), among others. Dr. Bertoni has also worked as an advisor to the Department of Justice and Human Rights in Argentina. He is an Argentinean lawyer and holds a Masters in International Policy and Practice from the Elliot School of International Affairs, George Washington University. Prof. Bertoni currently teaches at Buenos Aires University School of Law and New York University School of Law (Global Clinical Professor). He published several opinion pieces on democracy and human rights in leading newspapers in the Americas and has written several publications on judicial reforms, international criminal law and human rights & Internet.