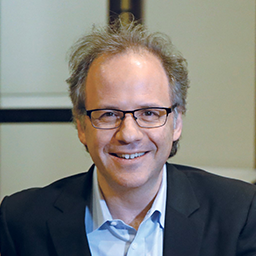 University of Ottawa, Faculty of Law

Dr. Michael Geist is a law professor at the University of Ottawa where he holds the Canada Research Chair in Internet and E-commerce Law. He has obtained a Bachelor of Laws (LL.B.) degree from Osgoode Hall Law School in Toronto, Master of Laws (LL.M.) degrees from Cambridge University in the UK and Columbia Law School in New York, and a Doctorate in Law (J.S.D.) from Columbia Law School. Dr. Geist has written numerous academic articles and government reports on the Internet and law and was a member of Canada's National Task Force on Spam. He is an internationally syndicated columnist on technology law issues with his regular column appearing in the Toronto Star, Ottawa Citizen, BBC, South China Morning Post, Daily Nation (Kenya), and Santiago Times. Dr. Geist is the editor of In the Public Interest: The Future of Canadian Copyright Law, published in 2005 by Irwin Law, the editor of several monthly technology law publications, and the author of a popular blog on Internet and intellectual property law issues. Dr. Geist has received numerous awards for his work including Canarie's IWAY Public Leadership Award for his contribution to the development of the Internet in Canada and he was named one of Canada's Top 40 Under 40 in 2003. More information can be obtained at http://www.michaelgeist.ca.