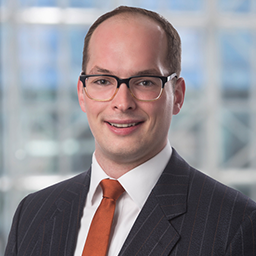 Julian Flamant is an associate in Hogan Lovells’ Privacy and Cybersecurity Practice. He is based in Washington, D.C. and regularly assists large multinational companies with implementing local projects in compliance with applicable privacy rules, including Europe's GDPR; the FTC Act, COPPA, and state privacy laws (such as the CCPA/CPRA) in the U.S.; and Brazil’s LGPD and Canada's PIPEDA. Julian also advises on cybersecurity matters, including data breach response and remediation, enterprise-wide assessments of security practices, and compliance with U.S.-state and international security laws and regulations. Julian's background gives him unique insight into the European privacy regulatory framework. While earning his master of laws in international relations, Julian prepared a dissertation exploring harmonization of data protection regulatory approaches between the United States and the European Union and later worked on the GDPR's interservice consultation as a European Commission trainee. Julian also was a policy fellow at the Future of Privacy Forum in Washington, D.C., where he led European engagement efforts. Julian is editor of the Hogan Lovells’ Chronicle of Data Protection blog, a platform he helped develop during his time as the Privacy and Cybersecurity group's senior paralegal.