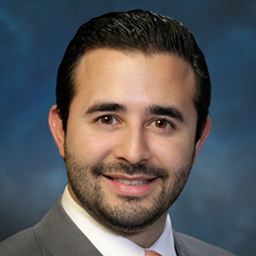 Mr. Mercado serves as legal counsel to Triple-S Management Corp. on outsourcing and technology transactions, e-Discovery, privacy and cybersecurity matters. He is the author of the first of its kind academic treatise on e-Discoveryin Puerto Rico titled Advanced Civil Procedure: The Discovery of Electronically Stored Information, which was awarded the Legal Textbook of the Year Award by the Puerto Rico Bar Association on September 2017 and has been recognized by the Supreme Court of Puerto Rico as an academic on data privacy and e-Discovery. Mr. Mercado is also afrequent lecturer on the subject area of e-Discovery, having served as adjunct professor of law at the Inter American University of Puerto Rico and the Pontifical Catholic University of Puerto Rico.

Mr. Mercadoearned his law degree, Summa Cum Laude, from the Inter American University of Puerto Rico in 2006. In 2012, he obtained a Master of Laws in e-Discovery, Intellectual Property, Computer Privacy, Antitrust and Employment Discrimination from Columbia University. He has been certified by the IAPP as an Information Privacy Professional on the legal frameworks of Europe and the United States, and as an Information Privacy Manager. He is a trained mediator by the American Arbitration Association; a fellow member of the world's only directory of qualified e-discovery neutrals, the American College of e-Neutrals (“ACESIN”); a Bates Group LLC affiliate expert on e-Discovery and privacy law; Chair of the IAPP’s Puerto Rico KnowledgeNet Chapter; and a member of Triple-S Management Corp.’s Security Incident Response Team and Privacy Steering Committee.