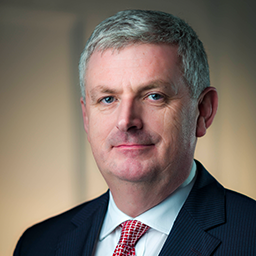 John O'Dwyer was appointed Deputy Commissioner at the Data Protection Commission (DPC) Ireland in August 2013. As the Deputy Commissioner, John initially had responsibilities across all functions of the office including compliance, audits, enforcement, investigations, breaches, registration and general administration.

Due to the growth of the office under GDPR, John has become the senior management lead for Access Request complaint handling, some cross border investigations, issues and complaints arising from the Law Enforcement Directive, breach notifications and assessment, breach complaints and international data transfers. Along with the Commissioner and other Deputy Commissioners, he represents Ireland on the European Data Protection Board. He has also worked in Brussels on two occasions during Ireland’s Presidency of the EU in 2004 and 2013.