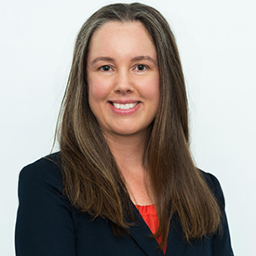 Annelies’ vision is to make privacy core business. Much of the value of an entity lies in the data it holds, making the chief privacy officer as important as the chief financial and digital & data officers. Annelies is Managing Director of Privcore and TrustArc’s Asia Pacific senior privacy consultant. Annelies is an Australian Superstar of STEM in 2021-2022 for her widely recognised privacy expertise. She is also a mentor for the Australian Government’s Boosting Female Founders initiative.

Annelies co-founded the International Association of Privacy Professionals (IAPP) in Australia and New Zealand in 2008. She was elected its President in 2011-2012. She has been consulting in privacy since 2012. Through Privcore, she and her team conduct privacy impact assessments, privacy health checks, data breach prevention and response, regulatory engagement and build privacy programs for clients so they can increase trust and confidence.

Prior to founding Privcore, Annelies was Deputy Managing Director at Information Integrity Solutions where she led with her team hundreds of client deliverables over six years. Annelies' work influenced the Australian government's decision to include Australia as a participant in the APEC Cross Border Privacy Rules System for safer regional transfers of data.

She has presented at global forums, including APEC, Asia Pacific Privacy Authorities, IAPP, Centre for Information Policy and Leadership, Australian Institute of Company Directors (AICD), Australian Information Security Association and Standards Australia. The Femeconomy featured her as a global thought leader. She presented “What makes a great PIA?” during Privacy Awareness Week in 2021 and at CyberCon in Australia. The Journal of Data Protection & Privacy published her article on “Data is your organisation’s core business: Are you prepared to govern it?”

With an MBA in general international management (distinction) from the Vlerick Business School in Belgium, Annelies also has a first class honours Law, Arts (majoring in computer science) and Science degrees with emphasis on artificial intelligence from The University of Queensland. Annelies is admitted as a legal practitioner. She is a Fellow of the AICD, a Chartered Manager and Fellow of the Institute of Managers and Leaders Australia | New Zealand, and an IAPP Fellow of Information Privacy. Annelies has a certificate in advanced Dutch and understanding of French, Italian and Spanish.

Annelies embraces the challenging and diverse nature of privacy work. Clients benefit from how she makes privacy easy for them. Next time you need an independent assessment of how your organisation is handling customer data, reach out to Annelies: moens [at] privcore.com.