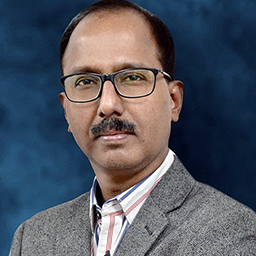 Srinivas Poosarla is Vice President and Chief Privacy Officer (Global) for Infosys, responsible for Infosys’ Privacy Compliance to Data Protection Regulations globally, in over 40+ countries. In his career span of 30 years, he was associated with diverse set of enterprise functions, and has been playing the CPO role since last 10 years. In addition to his job, Srinivas has been playing an active role in privacy initiatives both in India and the international fora where he is a designated expert in the Data Privacy working group of ISOs’ SC27 committee and involved as one of the key players in shaping up standards on data privacy. Including co-editor for recently published ISO 27701 – Privacy Information Management Standard, co-editor for ISO 29184 – Guidelines on Online Privacy Notice and Consent, co-rapporteur for Study on Privacy Engineering Framework and co-rapporteur for Study on Impact of Artificial Intelligence on Privacy.

Srinivas is convener for the committee formed by BIS to draft Data Privacy Standard in India, along with experts from the Industry, Academia and Government. The 2-part standard is at final stages of publication.

He drives Privacy-by-design for Infosys IT Solutions, and has widely travelled to more than 30 countries, is a regular speaking at conferences on data privacy topics and contributes articles to publications. Srinivas also recently served on the Asia Pacific Advisory Board of the IAPP (International Association of Privacy Professionals).