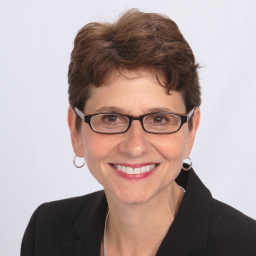 As Director of the FTC's Bureau of Consumer Protection, Ms. Rich oversees a staff of hundreds of attorneys, investigators, and support staff working to protect consumers from deceptive and unfair practices in the commercial marketplace. The Bureau accomplishes its mission through law enforcement, consumer and business education, and policy initiatives to stop fraud and deceptive advertising, protect privacy, and promote compliance with the consumer protection laws.

During her 20+ year tenure at the agency, Ms. Rich has held a number of other senior positions, including Deputy Director of the Bureau, and Associate Director of the Divisions of Financial Practices and Privacy and Identity Protection. Her accomplishments include:

GÇó building the FTC's privacy program from a small team to one of the FTC's signature programs.

In recognition of her outstanding contributions to the FTC's mission, Ms. Rich has received numerous Commission awards, including the Chairman's Award, the agency's highest award for meritorious service. Ms. Rich started her career in private practice in New York City and is a graduate of Harvard University and New York University Law School.