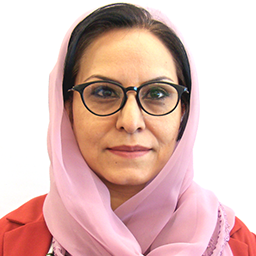 She has a master’s degree in Sociology from Bangalore University (India) and a postgraduate degree in Philosophy and Sociology from Kabul University (Afghanistan). As an Afghan journalist and writer for over a decade, Mosawi has worked with different print and broadcast media and published numerous articles and reports on social and women’s issues.