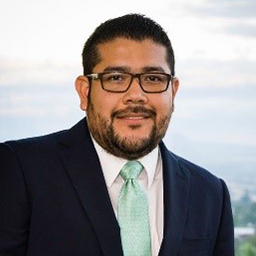 Julio is part of the legal department of Latin America at Equifax. He oversees the legal, regulatory, and governmental affairs for the region of Mexico and Central America, including all those new markets in the Caribbean. His professional antecedent is the worldwide company of software Microsoft; previously he worked as an attorney with the Latin American team focused on the Central America region.

Regarding extracurricular activities, Julio has been part of the professors for the Salvadoran Bar since 2020 and leads the training of judges and other important actors in the law within El Salvador including the use of new technologies, data privacy and new technologies laws. He is also professor at the Escuela Superior de Economía y Negocios (ESEN) one of the most prestigious Universities in El Salvador.

Julio is part of the consulted members of the Local Bar when a new law project is in discussion; he is invited to consult by the congress of El Salvador and to extend his legal opinion in projects of law that include technology, data protection, cybersecurity, and privacy.

Graduated from the Law School of the University Jose Matias Delgado of El Salvador, Julio also has an MBA from the Nebrija Business School of Madrid, Spain. He has studied in the Sans Technology Institute obtaining the SEC 301 course focused on security of information. Julio is also a member of the Board of Directors of the American Chamber of Commerce of El Salvador and he is Chairman of the New Technologies committee.