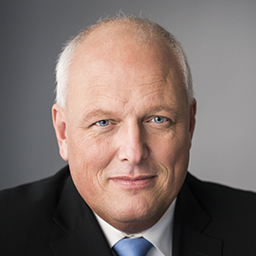 German Federal Commissioner for Data Protection and Freedom of Information

Ulrich Kelber was born in Bamberg on 29 March 1968. He is a professional computer scientist and married with five children.
From September 2000 to January 2019 Ulrich Kelber was a Member of the German Bundestag. He won a directly-elected seat in the Bonn constituency in 2002, 2005, 2009, 2013 and 2017.
During that time, from 2005 to 2013, he was the Deputy Chairman of the parliamentary group of the SPD in the Bundestag, responsible for the areas of the environment, nature conservation, nuclear safety, food, agriculture, consumer protection, and sustainability.

Also Ulrich Kelber was the Parlamentary State Secretary in the Ministry of Justice and Consumer Protection from 2013 to 2018.
Since January 2019 he is the Federal Commissioner for Data Protection and Freedom of Information for Germany.